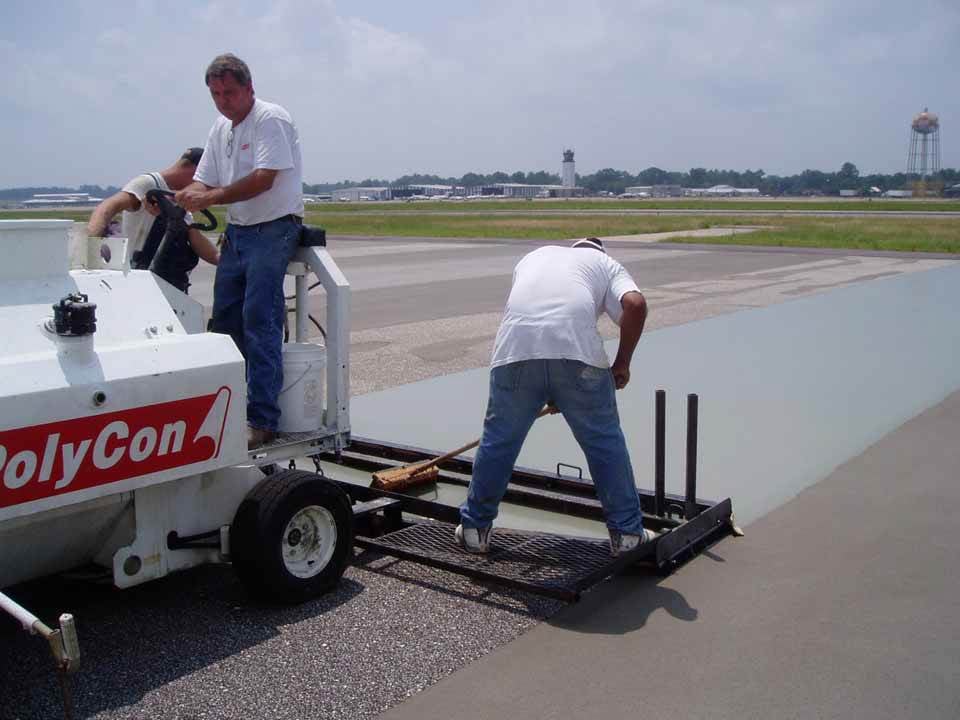 Design for the Environment is very enthusiastic about your successful formulation of E-Krete and about our partnership, the first in the industrial coating/road sealant sector... Those responsible for asphalt road and pavement construction and maintenance who use E-Krete will be participants in this important national effort to protect the environment and safeguard human health. 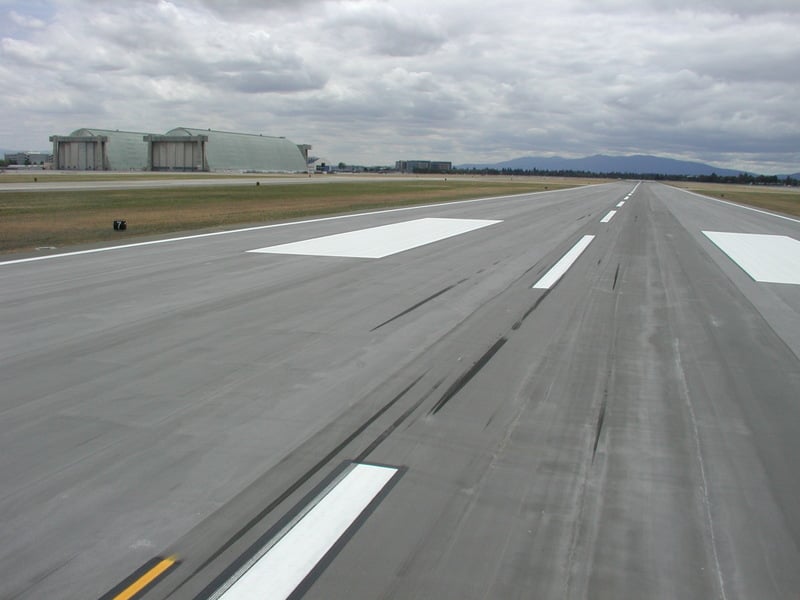 The asphalt industry has searched for years to find ways to extend the life of asphalt pavement. New mix designs significantly improve the performance but are still subject to the ravages of water and U.V. Asphalt is an excellent paving product but has significant environmental weaknesses that give it a limited lifespan. There are serious environmental issues with the heat produced by asphalt that has a negative impact on the Urban Heat Index. Due to its black color, asphalt absorbs heat from the sun and retains it for long periods. This causes a significant increase in the heat index in the surrounding urban areas and contributes to global warming.

In their search to extend the life of asphalt pavement, the industry has been forced to use topical sealers that are temporary at best, and are mostly for cosmetic purposes. Some of these sealers are highly toxic and are on the way to being banned. Therefore the asphalt Industry is in need of the following:

POLYCON, LLC  is a manufacturer of high-performance DOT approved paving materials. Polycon is the industry leader in Polymer Cement technology for paving purposes.  POLYCON is the pioneer and developer of polymer cement technology for Department of Transportation applications. Polycon E-Krete is a very specialized polymer cement material that is applied over asphalt or cement surfaces that provide a new wearing surface that is impervious to UV and water degradation. Polycon E-Krete is a high friction surface that provides increased surface friction for roadways, bridge decks, airport tarmacs and taxiways. Polycon E-Krete is also an excellent pavement surface material for parking lot areas. 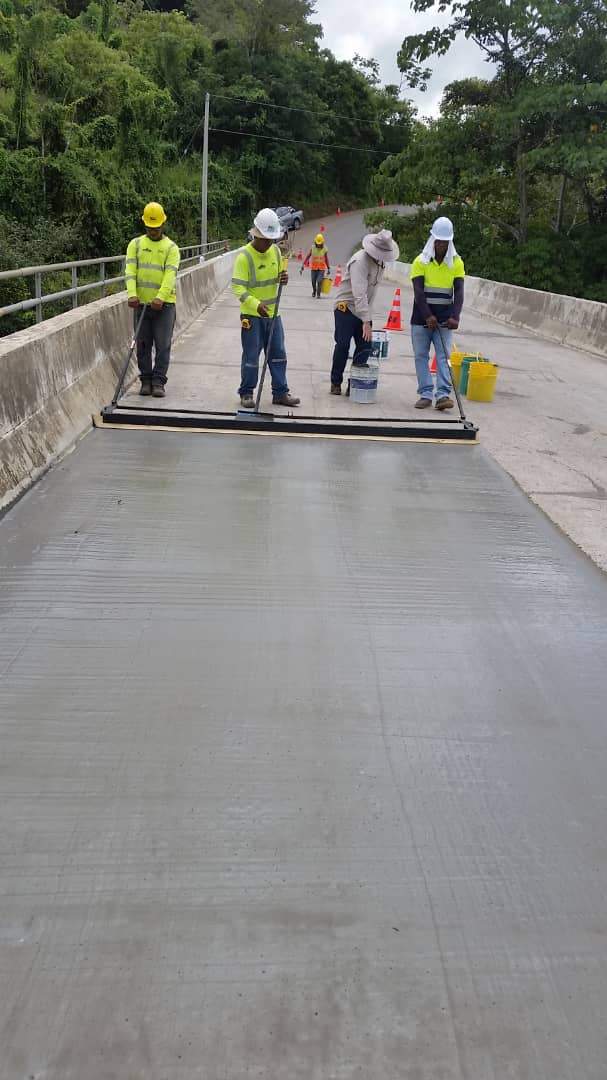 Polycon E-Krete is also an environmentally friendly material and is EPA approved in the USA. The Polycon E-Krete materials have no VOC (solvent) content and is a water-based material.  Polycon E-Krete has the highest Solar Reflectivity index in the industry which helps keep the pavement surface cool during the hot summer months.  Polycon E-Krete also has high coefficient of friction which makes it a safe surface to operate on. Polycon E-Krete has full approval for use on all airport surfaces in North America (FAA approval EB 62) along with military base approvals.

POLYCON was founded in 1996 to manufacture E-Krete, an ultra- thin polymer based composite for the overlay of asphalt. Polycon  entered into a cooperative research and development agreement with the U.S. Army Corp. of Engineers in Vicksburg, MS to test and evaluate the use of E-Krete as as an airport wearing surface and fuel resistant pavement overlay. A two year study was performed on eleven military bases across the country, and a comprehensive report of the study was published by the US Army Corp of Engineers. The report is available from Polycon. As a result of this study, E-Krete was approved as the material used on the parking ramps for the B-1 Bomber at McConnell AFB and several other Military airfields.

Polycon is approved by the Federal Aviation Authority and issued EB-62, an engineering brief that allowed the material to be used on airports. Since that time we have applied E-Krete on millions of square feet of airports. We are approved by NASA , and have completed projects for them in Florida, California, Texas, Georgia, Mississippi. Polycon has supplied E-Krete for a 1.3 million square foot NASA airport project in San Jose, CA. We are approved by many State Departments of Transportation and municipality transportation departments. The material has been used on Interstate bridges to return the coefficient of friction to bridge decks.

Polycon E-Krete materials have been evaluated by N.C.A.T.  We were invited by the National Asphalt Pavement Association to apply our product on the test area at N.C.A.T. the highly respected testing facility for asphalt, in Auburn, AL. Their interest is to have a material that has good solar reflectivity that can reduce the heat absorbed and stored in asphalt. This problem contributes significantly to the UHI (urban heat index) which in turn contributes to global warming. The PCMO has .38 SRI rating. N.C.A.T.  delivered a technical paper on the E-Krete PCMO at the TRB in Washington D.C.

Now E-Krete is less expensive than the 2 inch asphalt wearing surface, lasts four times longer, eliminates the milling process, and is environmentally friendly. The E-Krete PCMO can be applied directly over old, stable, chip seal and will eliminate the loose rock problem and add 25 years to the road. E-Krete is less expensive than chip seal or micro-surfacing. Due to the lack of any v.o.c.’s in the formula, the Environmental Protection Agency selected Polycon as a partnered company. In northern climates, water from snowmelt and rainfall severely affects asphalt. Water, snow melt, rainfall, and automotive fuels, have no effect on E-Krete, and, for the first time, the life of an asphalt wearing surface will last in excess of 20 years. On new asphalt, E-Krete can be placed directly over the base course as a durable wearing surface. On old oxidized asphalt, it can salvage the remaining asphalt and add many years to its useful lifespan. Cracks up to 1 inch wide do not have to be pre-filled because the E-Krete PCMO automatically fills the cracks.

Our original goal was to revolutionize the way asphalt is maintained, and to change the attitude that treats asphalt as a consumable. As the demand rises in developing countries, the availability of petroleum based products will decrease. Now for the first time asphalt can be treated as a long term asset. 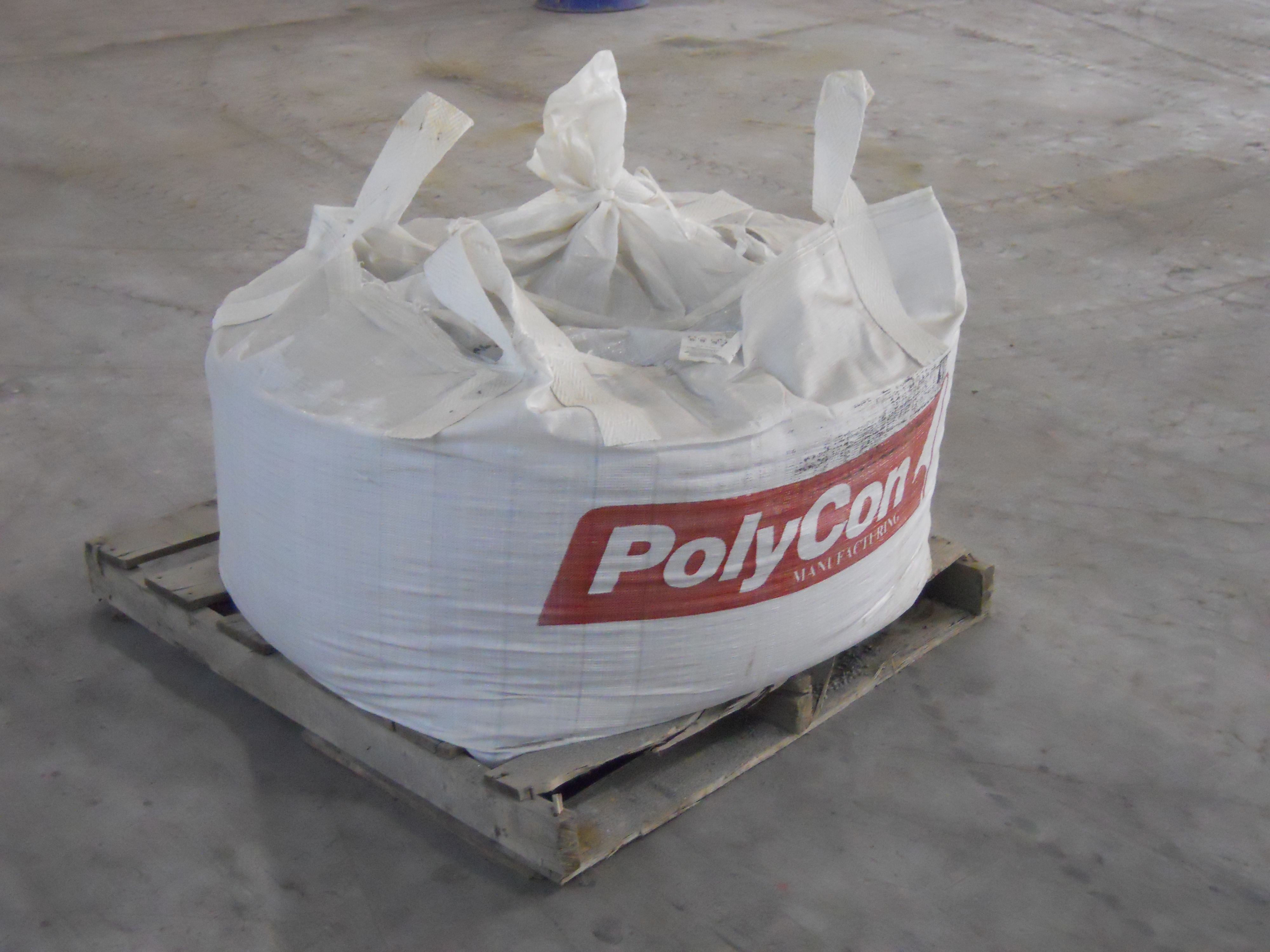 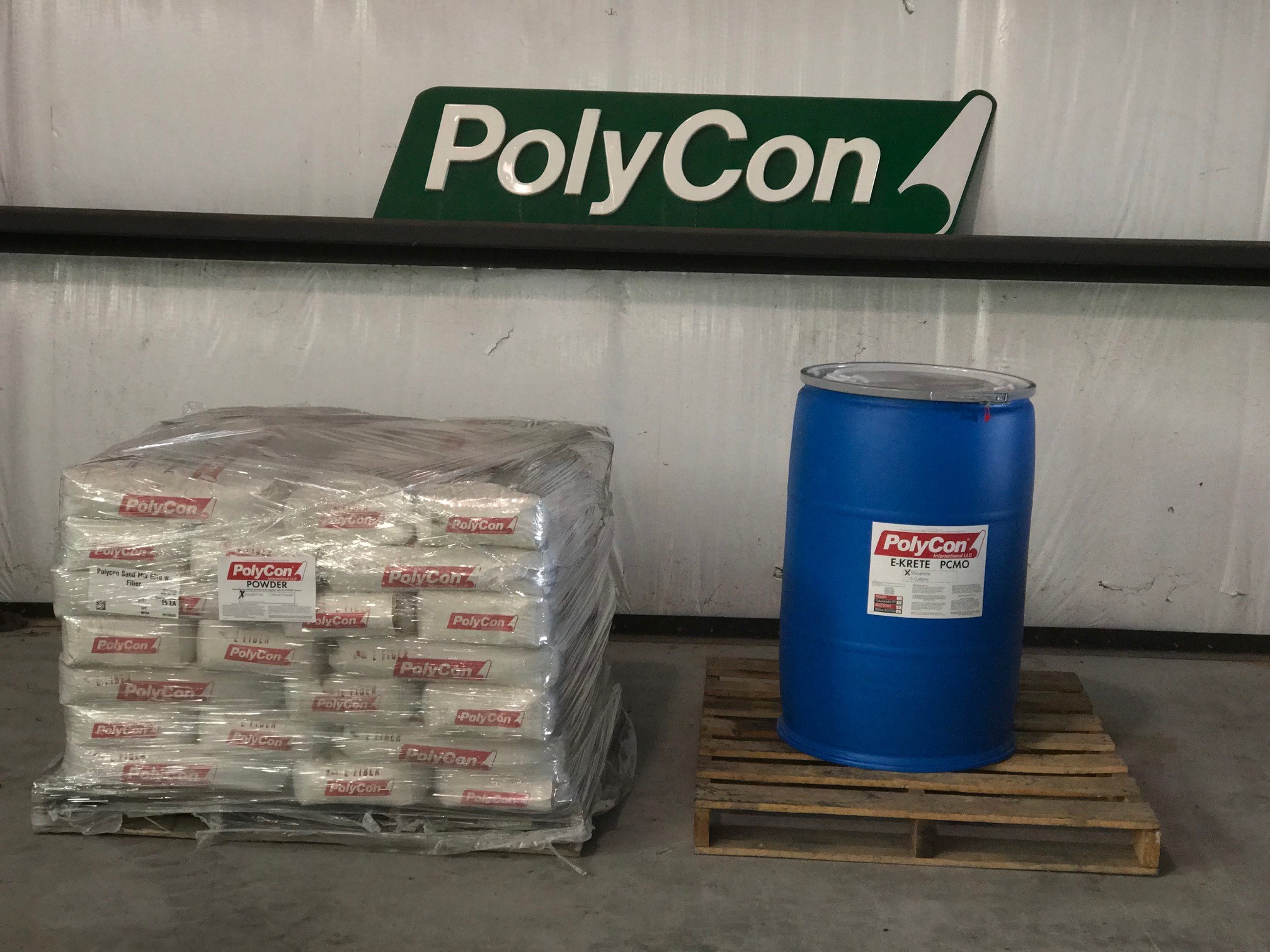 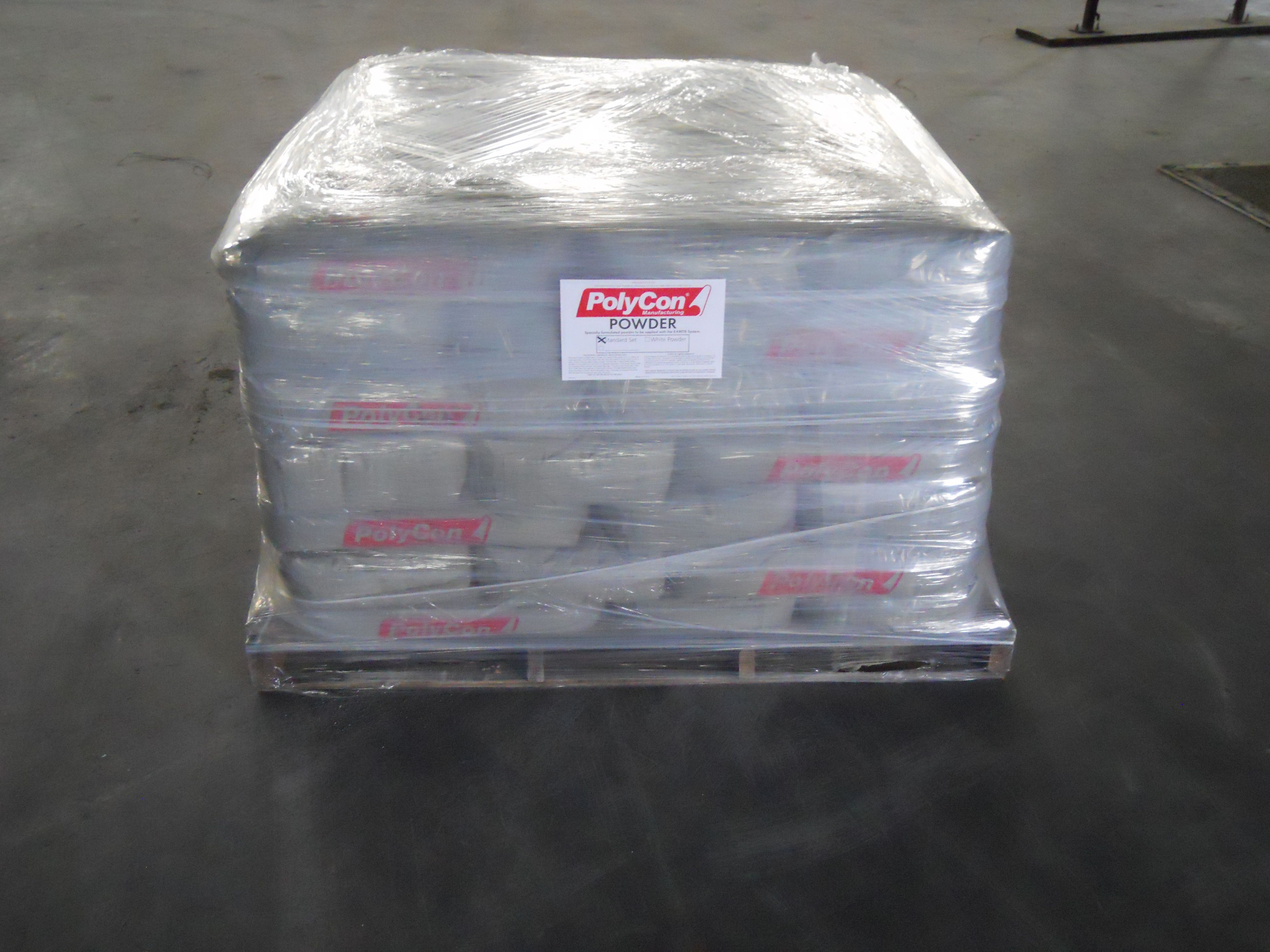 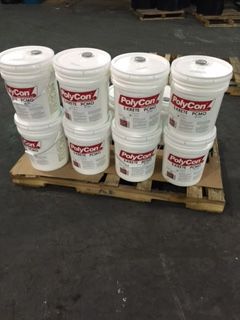